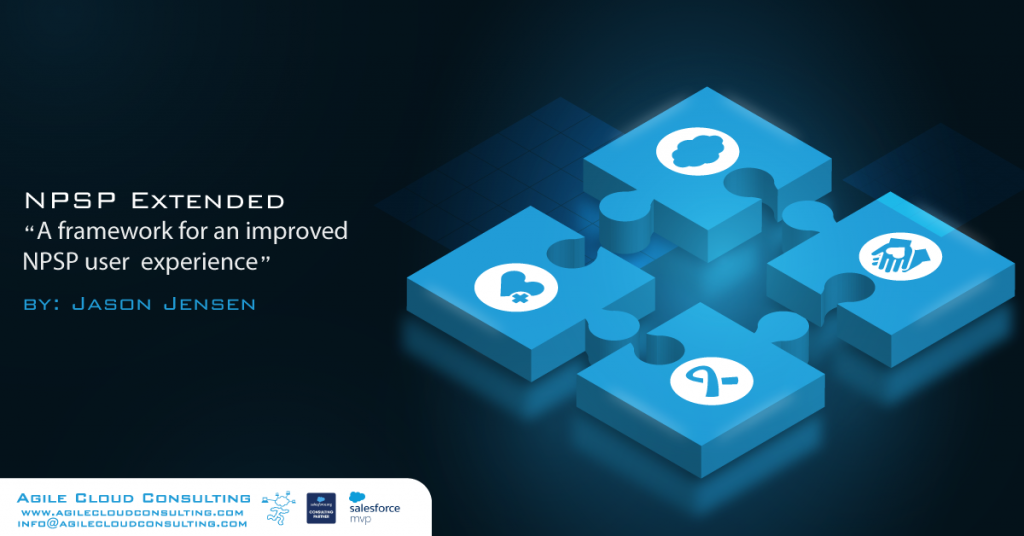 Agile Cloud Consulting has created an unmanaged package named NPSP Extended, or NPSPx, to benefit our clients’ Nonprofit Success Pack (NPSP) installations. NPSPx can be installed and configured by an ACC consultant in a few hours, saving many hours of configuration time for common tasks in new NPSP installations.

While NPSP offers an amazing amount of out-of-the-box value, there are still many manual configuration tasks that system administrators must perform to optimize the user experience. There are often too many buttons, and they aren’t always in the most logical sequence. Page layouts can be long, requiring users to scroll and use the Find feature in their browser to find fields. Lightning Record Pages often default to undesired tabs and can be generally inconsistent.

Agile Cloud Consulting’s NPSPx package couples the flexibility of Salesforce’s Lightning Experience framework with the capability of offering unmanaged packages to provide a far more optimal NPSP user experience based on the feedback of both our previous clients and our consultants.

Agile Cloud Consulting’s NPSPx package provides consistent, user-friendly page layouts and Lightning Record Pages for standard Salesforce objects and NPSP custom objects such as Affiliations, Relationships, Payments, Recurring Donations, and all other NPSP objects. Each page has been thoughtfully tailored so that your system’s end users are provided with an intuitive and actionable interface.

The main principles behind the NPSPx user interface include the following user experience considerations:

For example, parent-level objects in NPSPx such as Accounts and Contacts have tabbed and sub-tabbed menus to organize related child objects: 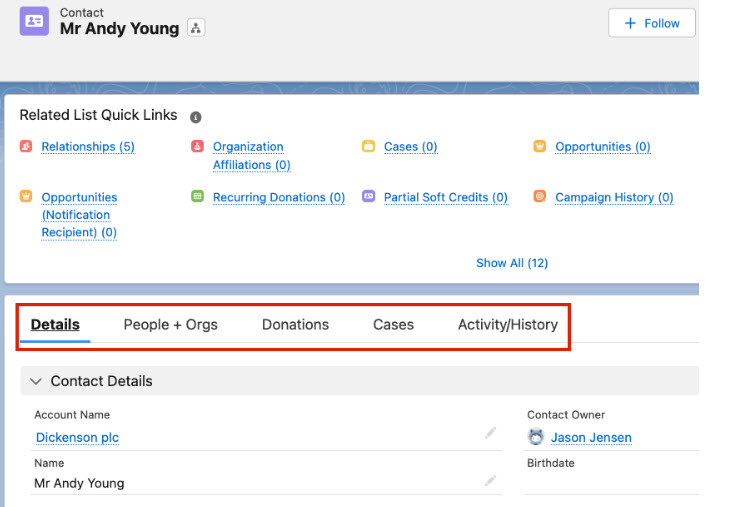 The “Donations” subtab groups together the various objects and field groupings that NPSP uses for fundraising management:

Subtabs can be used to further group information

Donation rollup fields are grouped into their own sections so that the record detail page can be more easily digested than if they were stored under the main record detail section: 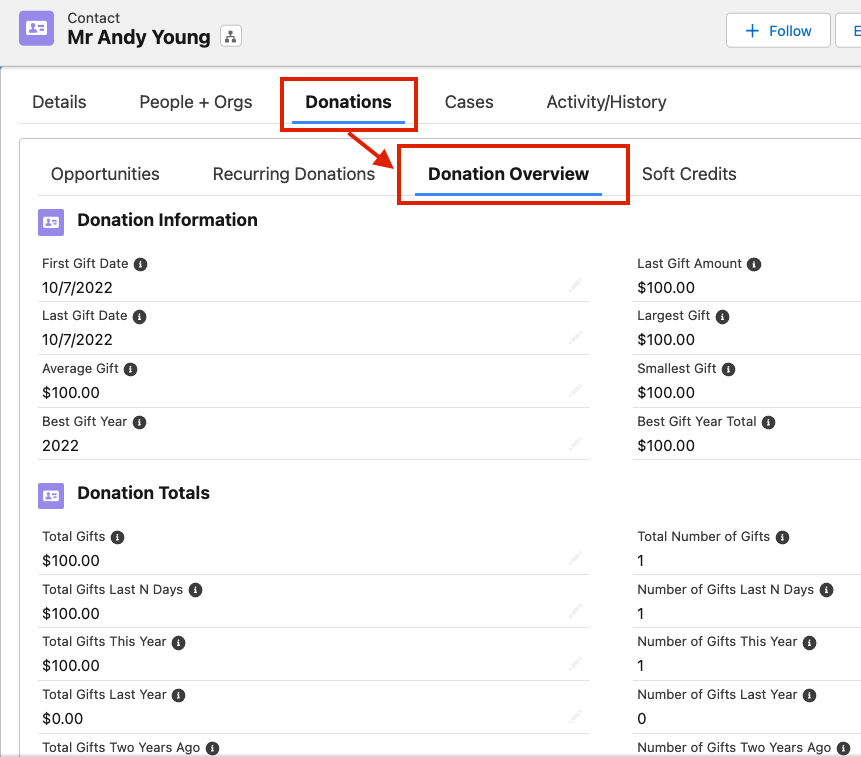 Every Lightning Record Page in NPSPx includes a sidebar where system-wide functionalities (Activities, Chatter, Notes, and Files) can be interacted with in a consistent manner: 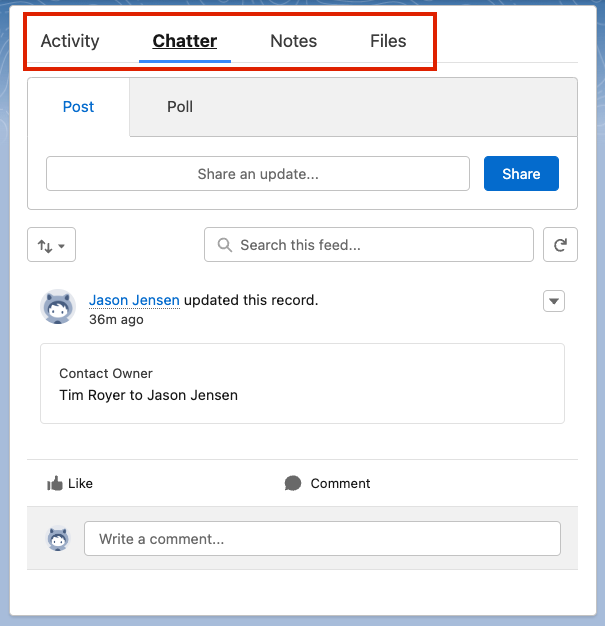 The default Lightning Record Pages that come with Salesforce and NPSP are functional but not ideal. Compare the above layouts to the default Opportunity page layout that NPSP provides:

As noted above, the default tabs should almost always be updated (for example, the “Activity” or “Related” are often set as the default tabs even though users would want to begin with the “Details” tab), there are hidden buttons, and the related list on the sidebar contains limited information and forces users to scroll down the page.

The NPSPx Opportunity Lightning Record Page layout displays all buttons and groups related information, while design principles such as sidebar actions are availed to end users:

After NPSPx is installed by an ACC consultant, it can be edited by a system administrator to complement or remove features as necessary for a given process. For example, if a certain object isn’t needed for a given project, an administrator can remove such pieces from the system because the package is unmanaged. NPSPx includes the Case object in its layouts, but if Cases aren’t being used in your Salesforce org, an administrator can simply remove references to it from the page layouts. It’s far easier to remove such items from a package than it is to create complete custom page layouts from scratch.

In addition to providing an improved and consistent user interface, NPSPx includes additional formula fields and some light automations specific to NPSP that system administrators can use as-is, expand upon, or remove. This information is documented with each update to NPSPx so our consultants can evaluate which pieces of the package they want to use.

Unmanaged Packages such as NPSPx are a terrific way for consultancies like Agile Cloud Consulting to provide value to customers at scale. We take pride in being able to offer such value so we can use our time more effectively to help grow your business’ impact and reach.

"Sprint To Your Success"

Contact Us
Agile Clouds Comic- A Sunday comic strip about Admins, Developers, and Consultants in the Salesforce ecosystem.