Al Tariq Graves was born in Newark NJ in 1974 during the civil unrest. His outlook on life was shaped by the events of the time. A skinny, knock kneed awkward little boy sought to make understanding of the world around him. Surrounded by poverty and depression he would seek the change he desired through Art. His first step was to imitate the cartoons that took over as care giver while his mother and older siblings struggled with addiction and arrest. He looked at these heroes as the man he dreamt to be. Fictional yes, but these characters gave a boy something to aspire for in a world that seemed perpetually dark. Al was always bigger, stronger, and faster than normal kids. This set him apart and he was always treated different. As a young man Al struggled to find his artistic voice among the cries of food, clothes, and shelter.

He soon joined the Army and for the first time he started to see how the world worked outside of his neighborhood. The experience in the Army changed what being a hero was to him. He joined to find people who could help him on his path but found most suffered from the same problems as he did. After the Army Al used the GI bill to pay for art school and other art lessons.

He attempted to enter the graphic design industry but failed several times. Soon he became hopeless, believing what everyone had told him his entire life. So he stopped drawing and attempted to become a 9 to 5 working member of society. If you are a creative type you know this can be virtually death. Beaten and battered, our hero delivered the mail for the postal service. This was the low point of his art career when a friend from out of the blue gave him the call. We’re putting together a team of extraordinary individuals, are you ready to go? That call came from his long time friend Sharif Shaalan who had recently started his own company. They sat down and brainstormed the best way to use Al’s talents to benefit the team. Soon the idea for a comic strip directed at a niche audience was formed and “Agile Clouds Comic” was born.

The comic was followed by a trading card called “Nuff Respect” dedicated to the heroes of the Salesforce ecosystem. The business blossomed and Al was promoted to creative director, his dream job. Now Al uses the blessings given to him to spread as much joy and love where ever it’s needed. Al says his journey was hard but if this was the end result all along, it was worth it. 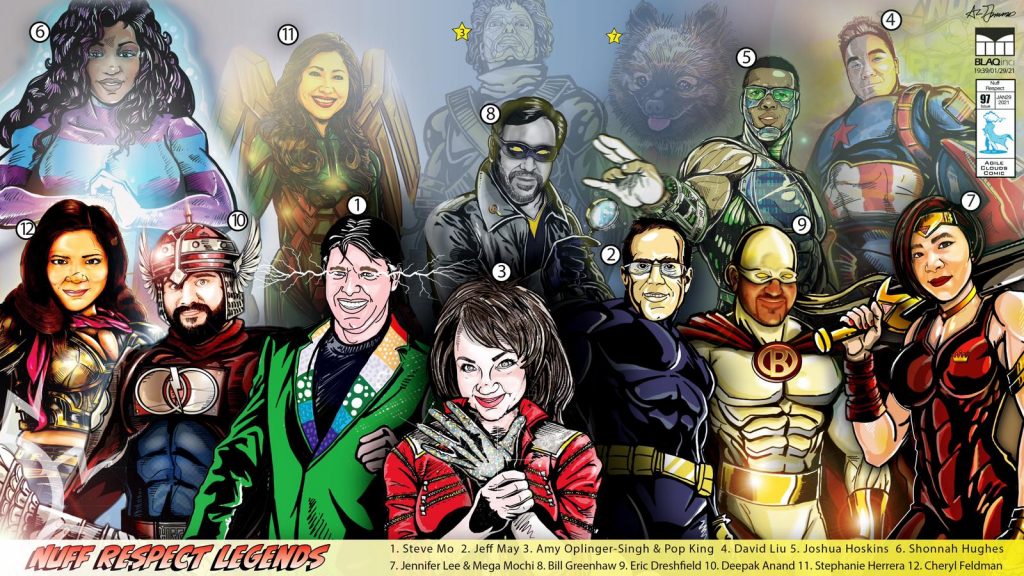 "Sprint To Your Success"

Contact Us
Agile Clouds Comic- A Sunday comic strip about Admins, Developers, and Consultants in the Salesforce ecosystem.